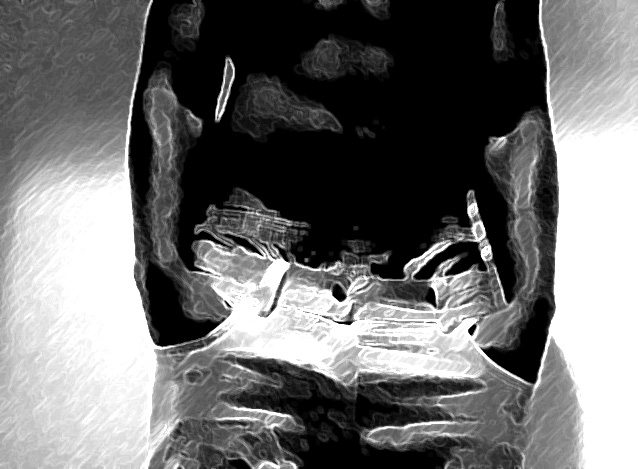 One Sunday morning I woke up kind of early.   I was feeling possibly frisky so i logged into the sites.   a bunch of people hit me up (i've been having alot of luck on grindr lately for some reason).  One was a cute 30 year old asian guy, Vietnamese.  However i was just waking up and not totally sure if wanted to do a hook up.  After some back and forth he said he could head over now.  I still wasn't sure and was debating between a hook up and going to the gym.  He was a bit persistent.  So I decided to just go for it, figuring i would make it a quick thing.

Dude show's up and he's cute.  not as cute as his pics but cute.  we are sitting on my bed and he looks at me and says "did you really used to be a woman?" he is looking at me like he doesn't believe me.  I say yeah.  He says "you look like more of a guy than i do".  I'm not totally sure how to take that.

I say to him are you good with this?  He says yeah, so i climb on top of him and we get to it.  He doesn't kiss i realize which i don't care about.  Soon we are both naked and he is sucking me off.  then he pulls back and say's "bro, can i take a picture".  he has been calling me bro the whole time.  I say "what?  no". he says, "bro, just from the waist down, no face".

Now at the time i felt like this is just weird.  though in retrospect, i share x rated below the waist pics with people all the time.  i again say "no" firmly.  then he starts to beg me, he says, "bro please you have to help me out".  now this is getting even weirder.  "what do you mean, why?" i ask.  remember this is all happening while we are both naked and he is sucking me off alternating begging and sucking my clit.  he says again, "please bro".  i again push and say tell me why.  He says "please you don't understand i need to be able to show it to my brother".  then i realize what's going on

afterwards we are chatting a little and i ask him more questions about his family.  his family who he lives with does not know that he is gay and they are starting to ask questions.  he says they would never accept it.  he know's this for a fact and his family is very important to him.  he is going to show his brother the pics so he will stop pressuring him.

i wish him the best of luck and he gives me a big tight hug as he leaves.

he messages me later to say that it was amazing and he hopes to see me again.  well i know that's not happening while i have no regrets its not a situation i am looking to repeat.

i've been reflecting alot on this hook up.  i could see how what he did could seem inappropriate and offensive to some.  for myself it was weird but really not a big deal to let him take the pics.  clearly he is in a hard situation and i really felt for him even in that moment of weirdness.  dude is 30 years old, loves his family dearly in a way that as another queer of color with immigrant roots i understand, yet is gay as all hell and just can't risk losing them because of it.  i'm not someone who believes that everyone needs to be out.  i believe everyone makes their own decisions about it and that whatever you decide is what's right for you.

i really do wish him the best.  it was a reminder to me of the ways the world is for us queer folks of color - weird, complicated, hard, absurd and full of resilience.
Posted by Trans Queers: A Transfags Sex Journal at 11:29 PM